Most people use Bluetooth without really trying to find out exactly how it works. It is an excellent example of how wireless technology sometimes feels just like magic. And the same can be said of the upcoming technology known as Bluetooth LE Audio.

Bluetooth LE Audio was first outlined by SIG (Bluetooth Special Interest Group) in 2020. It is an impressively new kind of Bluetooth standard that has the potential to unlock every type of new audio streaming ‘magic’ tricks as soon as it has been adopted by all and sundry.

And when tech companies like Qualcomm create compatible chips, you will be able to share a song you love and listen to with your friend’s earbuds nearby.

But Bluetooth LE Audio is not yet widespread, and so it makes a lot of sense to find out everything about it. 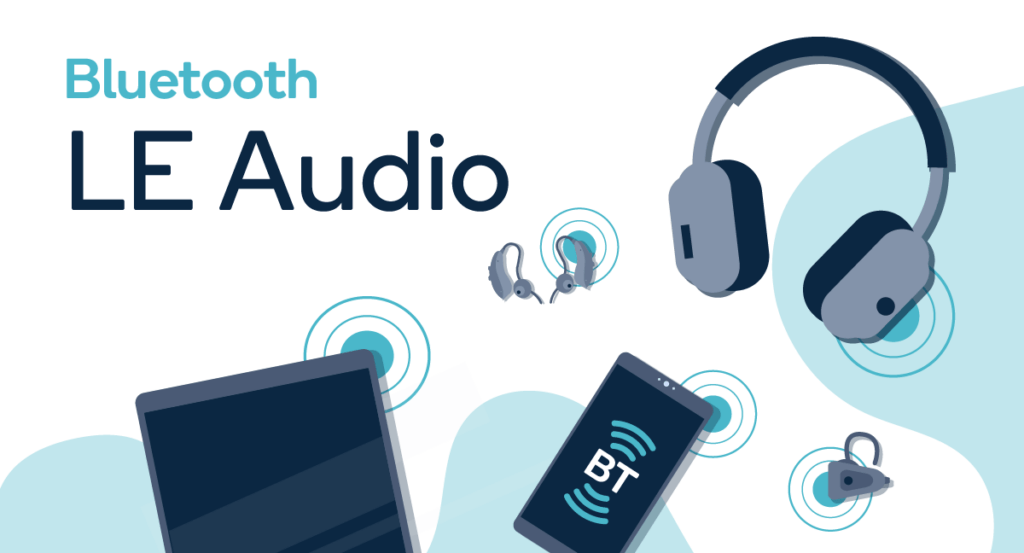 The Difference between Bluetooth LE Audio and Bluetooth
In simple terms, Bluetooth is the technology that allows users to perform activities such as wirelessly connecting a pair of AirPods to your iPhone. This decade-old technology is regulated from time to time, just like any other technology. This is to give room for extended connection ranges and higher data speed.

But only developers these days usually notice Bluetooth updates nowadays than everyday folks.

Once upon a time, a general non-audio version known as Bluetooth LE existed in 2009. But that technology couldn’t be used for adequate streaming of audio, especially in a low-energy format. But Bluetooth LE Audio has changed the story.

Bluetooth LE Audio is powered by the new LC3 (Low Complexity Communications Codec). A codec essentially compresses audio into any desired size in order to make streaming possible. LC3 also transmits audio at a good-enough quality without necessarily draining too many resources, which the classic Bluetooth is known for.

Benefits of Bluetooth LE Audio
The most prominent benefit of low-energy audio streaming is better battery life on all Bluetooth LE Audio-enabled devices. If you have used Spotify with a pair of wireless headphones to power through your workday, you can readily attest to the amount of battery charge such activity can use up.

However, there are far less obvious but much cooler applications for the innovative Bluetooth LE Audio.

For instance, as Bluetooth LE Audio uses up less power, it is now possible to connect a pair of headphones to numerous devices simultaneously without necessarily carrying out manual Bluetooth juggling. That means you can easily switch from watching movies on Netflix on your computer to taking a phone call using the same pair of earbuds without any disruption.

Bluetooth LE Audio also makes it possible to broadcast a particular audio – e.g. a new song or podcast, etc. – from one source like a smartphone to multiple wireless headphones at the same time.

Devices that Support Bluetooth LE Audio
It will take a while before most tech-savvy individuals can try out the new Bluetooth LE Audio. The technology is still new and, therefore, not yet implemented on most devices like smartphones, earbuds, and headphones.

But Qualcomm has announced that it had successfully developed a wireless earbud chip that is compatible with Bluetooth LE Audio. This technology may not be here yet, but it will soon be.

Final thoughts
Bluetooth LE Audio adoption may still be a long way off, but it will soon be here. People with hearing challenges or the opportunity to share sick jams with your friends is more than enough to keep you expectant.